Since its launch back in 2005, YouTube has completely changed the way people gather information, be it learning how to put up a shelf, change a tyre on a car, jet ski on a lake, crochet a scarf or create foam on a coffee. Not only has it provided a simpler, more visual way of learning, its opened up a whole range of possibilities that were much harder, if not impossible, to get access to before. Travel is no exception to YouTube’s exceptionally far reaching influence, spawning hundreds upon hundreds of videos featuring everything from inspiring ideas for trips to practical advice and information on every country imaginable. Commonly referred to as video blogs or ‘travel vlogs’, these videos document the lives of perpetually travelling nomads, following them on each journey as they describe their experiences, thoughts, feelings and plans for the future, while offering bits of advice and tips along the way. In recent years, together with increasingly cheaper air travel, this type of YouTube channel has become immensely popular, particularly amongst young people, who are either planning a trip away themselves or simply want to escape from their daily routine for a few minutes a day.

With that in mind, we have compiled a list featuring the top ten travel-related YouTube channels, including vlogs, country guides, recommendations, tips and general information on everywhere from India to Ireland. While guidebooks are great companions to take with you, watching a short video on a YouTube channel can sometimes provide a stronger sense of what to expect, often playing out much like a travel documentary from someone with firsthand experience of the destination or activity. Each channel was rigorously assessed to ensure that a selection of only the best were selected, with each written review containing a brief summary of the channel, its highlights, what makes it unique and its potential drawbacks, while the pros and cons of each one are listed in an easy-to-read set of bullet points below each review. There are hundreds, if not thousands, of channels all offering travel-related content, however we’ve chosen only the ones that most suitably fit our criteria by considering a number of factors outlined below.

While the type of content from each of the ten channels differs significantly from one to the other, the quality of production, including the number of cameras, angles, sound, music and editing were all considered when reviewing the selection of videos. With even smartphones now possessing good quality cameras and editing software, the general standard of video uploads has risen substantially since YouTube first entered the scene, meaning those of lower quality stand out far more than they used to. Devinsupertramp is an example of a channel that prides itself on its professional-level camera work and post-production editing, offering videos in 2160p4k using multiple angles and a soundtrack to match. Not only that but he also uses a drone to get long distance shots from the air, as well as attaching GoPros to his head and using a selfie stick. All this contributes to enriching the content and making for a far more enjoyable watch than had he only used one camera. Wolters World, on the other hand, lacks the excitement of devinsupertramp, with some of the videos simply showing still photos with Wolter speaking over them, making the channel seem fairly outdated and dull. Hence, when reviewing the various YouTube channels, we ensured to consider quality of production as a primary factor.

Another important aspect to be considered when reviewing the YouTube channels was the consistency of uploads. While a channel may offer a fantastic variety of high quality content that has been painstakingly shot and edited, there is little incentive for users to subscribe to the channel if uploads are too infrequent. Mr Ben Brown is a typical example of this type of channel, in which there can be a flurry of daily video uploads, only to be followed by a gap of three months or even a year, meaning subscribers never quite know when the next video is coming. While consistently uploading daily videos can be a struggle, long gaps from one video to the next can be frustrating for committed viewers who were promised vlogs everyday or every week etcetera. This differs from documentaries and tv programmes that publish schedules and stick to them so that people always know when to expect the next edition. Therefore, in putting together the list, we tried to make sure that we only included the ones that offered regular content without varying gaps between each upload.

Range of content was also a significant factor that was taken into account as those channels that appealed to a wider demographic tended to come out on top of those that were exclusive to one particular group. Like blogs, YouTube channels can often cater to just one group, such as those looking to embark on a luxury trip to the Bahamas or thrill-seekers wanting an adrenaline-filled adventure. However, what we found is that the best ones are those that account for more groups and feature a range of perspectives, rather than those that are more limited. For example, Mr Ben Brown features a wide selection of different locations and activities that can go from uploading material on polar bear spotting in the Arctic to a recommendation of the best place to get a haircut in London. This wide ranging content makes for a more varied and all-encompassing channel that does not exclude those with smaller budgets. Gone With The Wynns, meanwhile, offer somewhat interesting yet largely unrelatable content of them travelling around on their massive boat. Although it may appeal to keen sailors, it will not appeal to the majority of travellers, particularly budget-conscious backpackers. Consequently, we looked at the range of content output when reviewing each channel to try and find those offering videos that catered to a wider range of backgrounds and budgets over those focusing on just one niche group.

Finally, we assessed the degree of cultural sensitivity employed by the people featured in the channel during their travels to various destinations. One issue with people with cameras is they can often come across as brash and insensitive to cultural etiquette and norms in their attempts to gain more views. Logan Paul was an example last year of a YouTuber who took this to the next level while in Japan and faced widespread backlash for his ignorance of what was and was not acceptable. On a more moderate level, this can come in the form of not attempting to learn any of the local language or respecting the people who call the place their home on a daily basis. Mark Wiens was one channel we reviewed in which while he was clearly well-travelled, he lacked significant knowledge of languages and culture in certain places, perhaps making his content less authentic than someone who can interact with the local people and understands more about the history of the country.

Overall, this list provides a selection of the ten best travel-related YouTube channels from among hundreds, combining all of the above features to single out only the top ten. YouTube has become a great way of gaining insight into a wide range of destinations, as well as obtaining tips and advice for any type of travel you may have planned. Viewers can become committed to certain channels, feeling as though they almost know the presenter due to the intimate way in which videos are recorded and how they interact with their audience. Hence, we have taken into account the aforementioned factors to provide you with only the very best travel channels, be it from typical backpackers to retired couples living and travelling on yachts. With this list you have all the information you need in one convenient place, saving you time in scrolling through pages of results on YouTube to discover the best channels to gain travel inspiration. 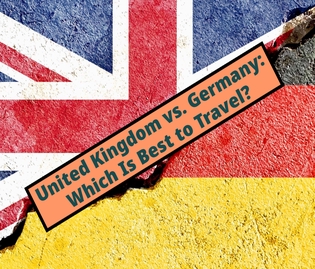 United Kingdom vs. Germany: Which Is Best to Travel?Both the United Kingdom and Germany are fantastic choices for an upcoming getaway, but is one better than the other? 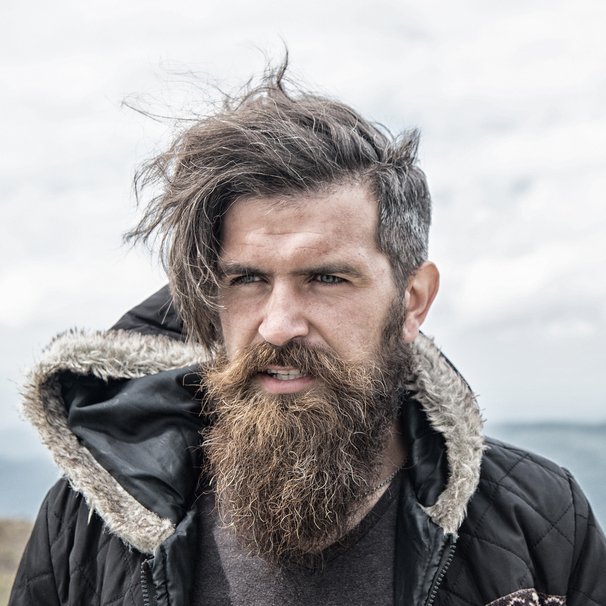 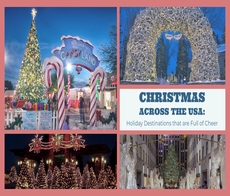 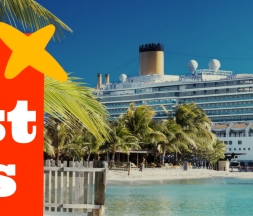